*** THIS EVENT HAS BEEN POSTPONED. A NEW DATE WILL BE ANNOUNCED SHORTLY ***

To register your interest in attending the event, please contact Tina Compton on 020 3137 2541.

We are delighted to announce the 2nd in our series of Brexit events.  The format will follow the same as for the first event held in the latter part of 2016,speaker followed by round table discussions.  The event will be chaired by Nick White, CIMS.

What to plan for remains a key factor for IT companies understanding how to develop strategies for the potential outcomes of Brexit. Will companies be able to make realistic plans and short-term decisions and if so, how?

We would like to invite you the next round of the Brexit Dinners, here you get the opportunity to meet and discuss these issues around Brexit with your peers in a confidential and open environment over a dinner. We aim to discuss the issues potentially being faced and how to plan for them; not is Brexit good or bad.

Technology companies, face a number of factors that could impact their and their customers’ businesses and it these types of topics the discussion will focus on:

Our guest speaker will be Dr Adam Marshall, Director General, British Chambers of Commerce who will talk about the position of the Chamber of Commerce and the advice it is giving to its members, along with the challenges it see for organisations needing to plan for the future. 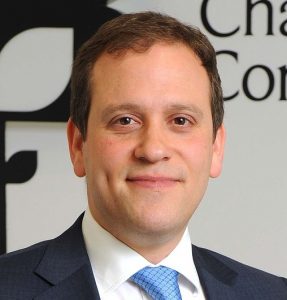 Adam Marshall was appointed Director General of the British Chambers of Commerce in October 2016. His principal role is to represent and champion the interests of accredited Chambers of Commerce and their tens of thousands of business members – covering every size and sector of business, and employing over five million people in the UK.

Prior to joining BCC, Adam helped start up the Centre for Cities, built commercial links between industry and universities, and worked in the broadcast media. He holds a BA from Yale University and MPhil and PhD degrees from the University of Cambridge. Adam is a national of the United Kingdom and the USA.