The lunch will commence with networking drinks at 12.00pm, followed by lunch at 1.00pm with our guest speaker. There will be a further opportunity for networking after lunch during coffee and cheese & biscuits.

Our guest speaker is Robin Allen QC, Joint Head of  Cloisters Barristers’ Chambers who will be talking about ‘AI: What are the legal and reputational risks of unlawful discrimination? How can they be avoided or mitigated?’

Everyone is talking about AI, mostly about its future capabilities, but is it risk free?  No, it is now clear that business decisions taken by, or with the help of, AI can be unlawfully discriminatory even when unintentional.  Machine learning can affect many thousands before it is corrected, potentially giving rise to large liabilities.  In this short business focussed talk, Robin Allen QC brings his experience of mass litigation and equality law to provide a legal focus on some of the horror stories that can happen when AI meets equality rights.  Robin will discuss who, among coders, owners of data sources, those involved in data inputting, or the final business, is liable when things go wrong, and make suggestions for business strategies to avoid or minimise the risks. 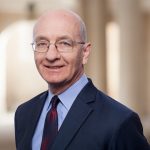 Robin Allen, Queen’s Counsel, is Joint Head of Cloisters Barristers’ Chambers in London (www.cloisters.com) and Chair of the Equality & Diversity Committee of the Bar Council of England and Wales.  He acts for a very wide range of clients: senior bank employees and directors, political figures and government, FTSE companies and major trade unions, NGOs, charities and accountancy firms, universities, local authorities, and other public bodies.  In a career spanning over 45 years he has appeared over 50 cases in the highest courts in the UK and the European Union, addressing every protected equality characteristic: Age, Disability, Gender Reassignment, Marriage and Civil Partnership, Race, Religion or Belief, Sex and Sexual Orientation.  Robin is a trustee of the London Emergencies Trust and Equal Rights Trust and also a qualified pyrotechnician!

The lunch will be chaired by John Higgins CBE. 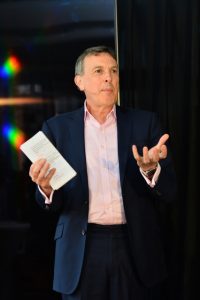 John Higgins has been the public face of the digital sector in Europe since November 2011 and speaks regularly on platforms and at conferences throughout Europe and beyond. He was Director General of DIGITALEUROPE, the association for the digital technology industry in Europe, until April 2017, following nine years leading its UK member association, Intellect, now TechUK. In spring of 2017 he became Chair of the Global Digital Foundation and a Senior Advisor to global communications company, Burson Marsteller. He continues to chair DIGITALEUROPE’s Brexit Advisory Council and is chair of the University of Warwick’s European Advisory Board.