The second in a series of executive briefing events with guest speaker Ken Olisa OBE, Founder and Chairman, Restoration Partners. 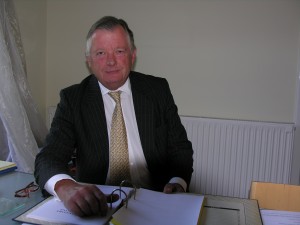 We have conducted research to identify key business issues that are relevant to our sector and to identify speakers who bring real authority and expertise to the discussions.

The Executive Briefings will also provide opportunities to network with people who have a shared interest in business development in this sector.

The Briefings will be chaired by Simon Orme, Managing Partner of the Forensic Management Foundation.

Our guest speaker for the second of the briefings is Ken Olisa OBE, Founder and Chairman, Restoration Partners. 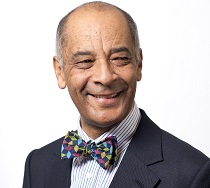 Ken is Founder and Chairman of Restoration Partners, the boutique technology merchant bank. Ken’s technology career spans over 30 years commencing with IBM from whom he won a scholarship while at Fitzwilliam College, Cambridge University. In 1992, after a twelve years as a senior executive at Wang Labs in the US and Europe, Ken founded Interregnum, the technology merchant bank. He was elected as a Fellow of the British Computer Society in 2006.

He has considerable public company Board-level experience on both sides of the Atlantic. He is currently a director of Thomson Reuters and is currently Non-executive Chairman of AIM-listed Outsourcery Plc. He is also on the board of The Institute of Directors as a Non-Executive Director.

Ken is a Freeman of the City of London; Past Master of the Worshipful Company of Information Technologists; a Director of the Thomson Reuters Foundation; Chairman of Thames Reach (for which he received an OBE in 2010); Chairman of Shaw Trust, was an original member of IPSA (Independent Parliamentary Standard Authority) and Founder and Chairman of the Powerlist Foundation. In 2009, he was named the Sunday Times Not for Profit Non-Executive Director of the year.  In 2015 Her Majesty the Queen, appointed him as her Lord-Lieutenant of Greater London.