Security – A FrameD of Mind 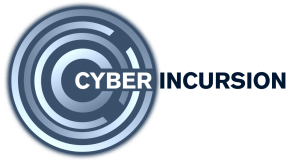 Security – A FrameD of Mind

Kevin Mitnick is perhaps best known as the hacker who made it onto the FBI’s Most Wanted List for breaking into the computer systems of multiple government agencies and over 40 major corporations. Mitnick was a fugitive for four years, and after getting caught was put on trial and sentenced to five years in a federal prison, including a year in solitary 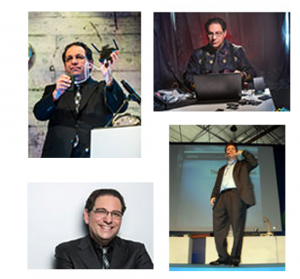 Since leaving prison, Mitnick has changed tack. He still hacks, but now works as a whitehat hacker whose consultancy firm helps clients find the vulnerabilities in their systems so that cyber-criminals don’t find them first.

Mitnick also serves as Chief Hacking Officer for KnowBe4, a company that trains employees of organisations to spot vulnerabilities, including their own. He has authored four books: The Art of Intrusion, The Art of Deception, Ghost in the Wires, and The Art of Invisibility.

He also goes on speaking tours all over the world. His website lists 29 destinations just in the first 10 months of 2018.

During these tours, he shows people the tradecraft that’s “used by the bad guys to compromise their businesses and their personal systems and what steps to take to mitigate the risk, so they do not become victims,” he says.

Registration will start at 11.30 with a light lunch, refreshments and networking, with the event due to open at 12.15. Presentations will conclude at 17.30 and be followed by a drinks reception until 19.30. The event will be chaired by Jon Cosson, Head of IT and CISO, JM Finn.

As JM Finn Head of IT and CISO, Jon Cosson has more than 30 Years’ experience in the IT Industry. Jon has directed the IT department for JM Finn, an established wealth management organisation for more than 19 years.

Jon is a technical leader and security specialist with extensive experience delivering transformative security solutions. He has a passion for IT Security and is risk focused, understanding the bigger picture, delivering secure business objectives through a grasp of broad industry trends and new technologies.

Jon holds numerous industry recognised cyber security certifications including CISSP, CISA, C|CISO and CEH. Jon has also just completed a masters degree in Cyber Security and plans to start a PHD in a related field next year. Jon is a regular speaker at cyber security events and through his extensive knowledge and passion, is able to address common cyber security concerns.

Kevin Mitnick is the world’s most famous hacker, global bestselling author, and the top cybersecurity keynote speaker. Once one of the FBI’s Most Wanted because he hacked into 40 major corporations just for the challenge, Kevin is now a trusted security consultant to the Fortune 500 and governments worldwide.

Kevin mentors leaders, executives, and staff on both the theory and practice of social engineering, topics on which he is the leading global authority. Kevin also helps consumers—from students to retirees— learn how to protect their information and themselves from harm.

As the CEO of Mitnick Security Consulting, Kevin, and The Global Ghost Team™ now maintain a 100 percent successful track record of being able to penetrate the security of any system they are paid to hack into using a combination of technical exploits and social engineering. Also in his role of Chief Hacking Officer of KnowBe4 he helps produce the world’s most popular security awareness training programs to counteract social engineering and to improve security effectiveness.

As a one-of-a-kind, public speaker, Kevin’s presentations are akin to technology magic shows, which include live demonstrations of the latest hacking techniques that educate while keeping people on the edge of their seats to help raise “security awareness” of individuals and organisations worldwide.

Professor Michael Mainelli FCCA FCSI FBCS, Executive Chairman, Z/Yen Group, a qualified accountant, securities professional, computer specialist, and management consultant, educated at Harvard University and Trinity College Dublin, Michael gained his PhD at London School of Economics where he was also a Visiting Professor. He began his career as a research scientist in aerospace & cartography. His biggest technical claim to fame might be the first commercial digital map of the world, MundoCart.

He entered the City of London in 1984 ahead of Big Bang, becoming an accountancy-firm partner and later a director of Ministry of Defence research. During a spell in merchant banking, he co-founded Z/Yen in 1994, the City of London’s leading think-tank, to promote societal advance through better finance and technology. He has led Z/Yen from creating mutual distributed ledgers (aka blockchain technology) through Taskforce 2000, the Financial £aboratory, Long Finance & the London Accord, the Global Financial Centres Index, and the Global Intellectual Property Index. Over the years his clients have included virtually all major investment banks, as well as many exchanges, insurers, fund managers, regulators, and financial information providers. He is a non-executive director of two listed firms and a regulator, Alderman of the City of London for Broad Street, Emeritus Professor & Trustee at Gresham College, Fellow of Goodenough College, trustee of several charities, and Master of the Worshipful Company of World Traders.

Michael has a deep computing background ranging from cryptography in the 1970s, to quantum computing and Information Technology Security Evaluation Criteria 3 standards in the 1990s.  He was the British Computer Society Director of the Year 2004 and an Associate for the Oxford Martin School Global Cyber Security Capacity Centre in the 2010s.

Z/Yen co-created and managed Taskforce 2000, the financial services response to the millennium bug, during the 1990s.  Michael’s most recent cyber work was “Promoting UK Cyber Prosperity: Public-Private Cyber-Catastrophe Reinsurance” published by Long Finance and APM Group in July 2015.  His current interests range from smart ledgers (aka blockchains), to surveillance, and identity systems.  He has written numerous academic papers and his third book, The Price of Fish: A New Approach to Wicked Economics and Better Decisions, won the 2012 Independent Publisher Book Awards Finance, Investment & Economics Gold Prize.

Ken is a security entrepreneur and industry maverick that has worked in infosec for over 15 years. After studying Applied Physics he tried his hand in the hospitality industry but soon discovered a talent for hacking, persuading a till to print out mortgage amortisations. He went on to cut his teeth in the anti-virus industry before founding SecureTest, a penetration testing business that quickly established a reputation for delivering high spec services using a boutique business model. NCC Group recognised the value of the proposition and acquired SecureTest in 2007. But Ken had found his calling and his penchant for pen testing saw him set up Pen Test Partners in 2010 which now boasts some of the best ethical hackers in the business, each of whom has a stake in the firm.

Ken’s zeal for pen testing is matched only by his disdain for those vendors who resort to scaremongering to peddle point solutions. He is a fierce advocate of responsible disclosure and regularly researches and reveals security vulnerabilities in an effort to promote better security design and practice. He takes a key role in conducting investigations as well as encouraging team members to pursue their own research and the results are published on the company blog on a weekly basis as well as being publicised by the wider media.

Ken is a respected speaker and pulls no punches during his annual Tech Talk presentations at Infosecurity Europe, where he can also be found performing practical hack attacks on the company stand. He is a regular speaker at events held by industry bodies and associations and has spoken at the ISSA Dragon’s Den, (ISC)2 Chapter events and CREST (Council of Registered Ethical Security Testers) events, where he sits on the board, helping to establish standards in both member organisations and among individual penetration testers. He’s also an Executive Member of the “Internet of Things Security Forum”, a body that aims to promote best security practice and the application of controls in smart device manufacturing, and spoke out on IoT security design flaws at the forum’s inaugural event. He’s also not averse to getting deeply techie, regularly participating in hacking challenges and demos at 44CON, DefCon and Bsides.

Ken has a wealth of experience in penetration testing but it’s the systems and objects we come into contact with on an everyday basis that really pique his interest. This has seen him hack everything from hotel keycards, to keyless cars and a range of Internet of Things (IoT) devices, from wearable tech to children’s toys and smart home control systems. This has gained him some notoriety among the national press, leading to regular appearances on BBC TV and BBC News online as well as the broadsheet press, and he’s also a regular contributor to industry magazines, penning articles for the legal, security, insurance, oil and gas, and manufacturing press.

Josh has more than a decade’s experience as an information security researcher. He has presented his research at leading security industry events and authored numerous technical documents on his findings. He works with Nuix’s internal and external application security teams to provide reverse engineering, tool development, secure architecture, and vulnerability assessment services.

He has authored numerous technical documents and presented his findings at conferences, academic discussions, and in the classroom. Josh is an expert at discovering and exploiting vulnerabilities and writing code to protect operating systems and programs. He holds patents in classifying computer files and executable files as malware or whiteware. Josh has served in the United States Air Force and held numerous defence contracting roles covering electronic signals intelligence exploitation, electronic warfare, malware analysis, exploit development, and reverse engineering. He also assisted multiple computer emergency response teams with investigations vital to national security.

Previously to Cybereason, Lotem served in unit 8200 of the Israeli Intelligence Corps as a commander of a Cyber Security team. Lotem holds a master’s degree in Computational Biology and Machine Learning from the Hebrew University in Jerusalem.